SIMSBURY, Conn., Sept. 10, 2019 /PRNewswire/ — Ensign-Bickford Aerospace & Defense Company (EBAD) has been awarded a new contract with the U.S. Army to manufacture the man-portable Anti-Personnel Obstacle Breaching System (APOBS).  The initial delivery order contract for $21.5 million is for the first year’s APOBS deliveries, with follow-on options for up to $320 million.  The systems will be manufactured at EBAD’s Graham, Ky., facility. 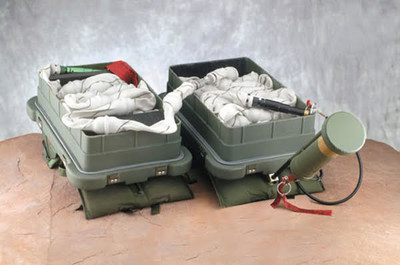 The APOBS is a joint DoD platform for the U.S. Army and the United States Marine Corps.  The one-shot linear demolition charge system is used for breaching of surface and buried land mines, wire obstacles, and other impediments, and is set up and deployed in minutes by a two-person team.

«We’re pleased that the U.S. Army has placed its confidence in EBAD to deliver the APOBS platform to our armed forces, giving them the tools needed to complete combat mission objectives,» said Chad Thompson, President of EBAD.   «We are proud to support our military and look forward to a successful re-launch of this legacy EBAD program.»