InForm Press Announces Release of «Out of the Shadows: The Henson Festivals and Their Impact on Contemporary Puppet Theater» 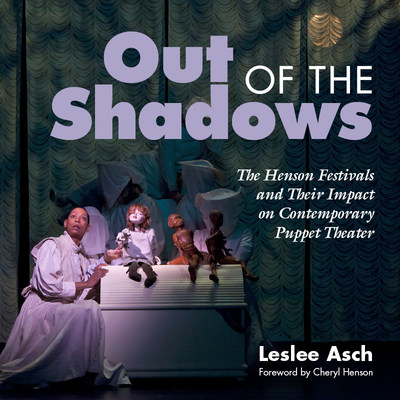 Likely, it is Jim Henson. Many books and thousands of pages have been written about the beloved American icon’s life and work. Out of the Shadows is the first to focus solely on his love of, and impact on, puppetry as a vital contemporary art form, an important and previously unexplored aspect of the Henson legacy.

The Jim Henson Foundation’s International Puppet Festivals brought puppet theater into mainstream American theater. This year, 2020, marks the 20th Anniversary of the last Henson Festival and the 30th Anniversary of Jim Henson’s death. Taking this timely opportunity for reflection and drawing from a wealth of first-hand experience, in Out of the Shadows Asch presents a visually rich narrative of the festivals and their continued legacy, including a comprehensive look at the contemporary puppet theater landscape.

To realize Jim Henson’s vision for a puppetry festival in New York, Leslee Asch served as producing director, working with Jim’s daughter Cheryl, who served as executive producer, to present five award-winning festivals that would equal European festivals and put U.S. puppet artists on the international stage. Between 1992 and 2000, the Jim Henson Foundation hosted the International Festivals of Puppet Theater in New York City, and developed a national touring program.

Author Leslee Asch worked for Jim Henson and The Jim Henson Company for over twenty years. She is a recognized expert in the field and has published articles and catalogs on the subject, including The Art of Contemporary Puppet Theater, for the Katonah Museum of Art.

An exceptionally beautiful art/ coffee table book, designed to be cherished by anyone who cares about the visual or performing arts. The 248-page book is hardbound with dust jacket, and includes 156 photos (129 color), many full-page.
Available: InForm Press and Amazon, $45 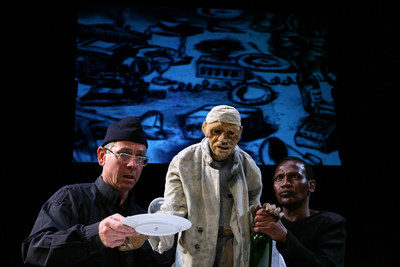